We all choose which paths we take, and that choice determines our destiny. But it also determines the journey we experience to get there.

Tuesday night there was a wonderful special on the National Geographic channel about the Appalachian Trail in the eastern United States. I’m delighted to say that I backpacked a small section of this magical trail a couple of years ago and had the time of my life.

The TV special featured a young woman from Germany who was visiting the United States for a few months. Interestingly she had chosen to spend her time in the US on the AT. She wasn’t, as far as I could tell, doing the normal tourist things of going to the Grand Canyon, New York City, Washington D.C., or Niagara Falls. Instead she purposefully chose to see a different part of our country via the AT.

Now you and I know that while she may have come across a few small towns on her hike, she didn’t see nearly all of the country that she could have seen had she chosen to travel by any other means than foot! I mean, you do the math: walking for four months vs. riding, flying or even biking for four months!

But this young German woman didn’t just want to see the same America that most tourists see. She wanted to take a distinctively different journey. She was determined to see the parts of our country that even few Americans see, and so she did. Her taste of America was counter to that which many tourists and nationals experience, but I happen to think she chose a good path. From the TV special I would gather that she thinks so too.

Young women who are just determining the paths they will take in their adult lives have a similar choice to make. While the cultural norm may pull them down one path, the principles of God’s Word point in a very counter cultural direction.

I remember, though it was years ago, just how I felt as a young college woman with my whole life ahead of me. I remember literally trying to figure out how to be a woman, what I wanted my life to look like, who I wanted to model my life after, and where I could get my questions answered. I was hungry for some direction and input. (Granted, my mother had been a wonderful role model, but you know how that goes. I wouldn’t recognize that until a little later.)

I didn’t necessarily verbalize this hunger to anyone, but I sure did latch onto a few women at my college church. Ranging in age from early 30s to 50s, these women appealed to me because they were attractive, they seemed to be enjoying their lives, their careers seem balanced, their marriages were intact and their children looked happy. Obviously, I also saw that these women were somehow managing womanhood with a sweet spirit too. They weren’t stressed out (or didn’t appear to be), angry, bitter, overly ambitious and disgruntled, or discontented. Instead, they had joy and they just seemed to be on the journey that I wanted.

I hung with these ladies. I went to their homes (they invited me), I went to lunch with them, I participated in their Bible studies, I went shopping with them. I did things with just them and I spent time with them and their kids while they just did life.

It was during this time that I began to realize that the path I had originally chosen for myself – a career as a public relations executive in a New York City, unmarried, independent, and very successful – wasn’t the path I wanted to take after all. Instead I determined to venture off the beaten path to join these women on a very lesser chosen trail.

While I don’t believe my life necessarily looks all that different on the outside from many other women’s lives, I can tell you that I am very intentionally on a path that often veers far away from the wide road chosen by many American women. It’s been a difficult path at times because I’ve made some choices that go very much against our culture, but I know it, like the AT, is a path worth staying on.

I won’t elaborate today too much about the path I’ve taken. You may assume I’m talking about being a homemaker as opposed to a career woman. Or you might think I’m talking about a life of ministry instead of a life of worldly success. Those classifications, though they fit, don’t really define the choices I’ve made.

Our world has made the discussion about working or not working. They miss the point. The real talk we need to be having as women is the conversation about being worldly women or biblical women. May sound old fashioned, but it doesn’t have to be. The bottom line is simply “Is your life going to be all about you, your drive for power, your climb up the ladder, your equality, your choices, and your definition of success, or is your life going to be sold out to following Jesus, on whatever path He may lead you?” Is it about you or about Him?

My point is simply that young women today do not have to hop onto the wide highway just because that seems to be the flow of the cultural traffic. There are choices to be made and there is a trustworthy manual for helping young women to make those decisions – the Bible.

Ephesians 5:15 says, “Look carefully then how you walk, not as unwise but as wise.” (English Standard Version) If you’re at a crossroads in life, I encourage you today to think before you take your next steps. Don’t assume you have no choice and simply must follow the crowd. Consult the Manual and then chart your course accordingly.

If you would like to talk about this fairly weighty topic with me, I’m game. I’d love to share from my experience and from God’s Word what I’ve found biblical womanhood to be. More importantly I’d like to talk with you about the freeing satisfaction found in that definition.

By the way, Mary Kassian, a very insightful and trustworthy author, has a great book coming out in March on this very topic. Her book, Girls Gone Wise in a World Gone Wild, is available for pre-orders right now at her website. I would have loved to have had a resource like this when I was in college. Maybe then I wouldn’t have bugged Judy and Linda D. and Diane and Linda N. so much! Na, I still would have tagged along with these precious ladies. They were my trail blazes on my grand adventure.

« It’s About Letting Go
Sticking to the Ancient Paths » 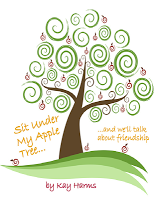